Boston Neighbourhoods You Have to Visit

Founded in 1630, Boston is one of the oldest cities in the United States and is without question one of American’s most fascinating destinations. Boston was the scene of key events during the American Revolution and today visitors will find a city replete with history, attractions, and an impressive collection of top bars and restaurants. The neighbourhoods that make up a city are essential to its DNA and Boston’s are certainly eclectic, all bringing something a little bit different to the Massachusetts capital. If you’re going to be visiting Boston, perhaps during a cruise deals holiday, you’ll unlikely have time to see them all but that doesn’t mean you shouldn’t get around and explore as much as possible. With this in mind, we’ve decided to put together a guide to just some of the Boston neighbourhoods you have to visit during your trip – letting you know what to expect when you arrive, along with some suggestions for fun things to see and do. 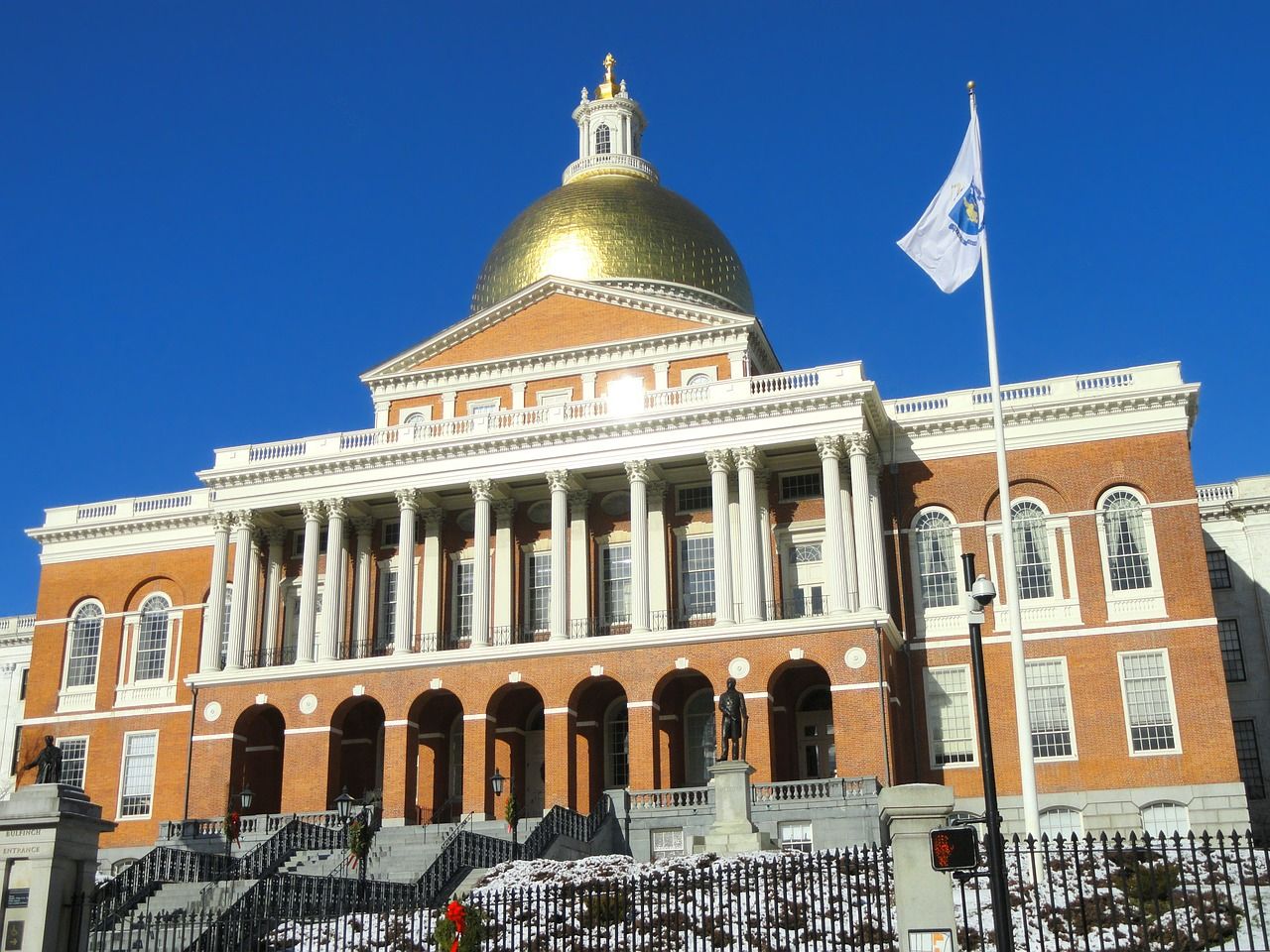 Perhaps Boston’s best-known neighbourhood, Beacon Hill gets its name from the beacon that used to warn the citizens about invaders from its hilltop location. One of the oldest neighbourhoods in Boston, Beacon Hill has seen many famous residents (including Robert Frost) and was home to notable individuals during the Revolutionary era. Beacon Hill is a great place to be for learning more about the city’s history, with Massachusetts State House being located here (distinct for its golden dome) – one of the oldest buildings in the city that was originally used as John Hancock’s cow pasture. Boston Common is also situated in Beacon Hill – the oldest city park in the US (1634) and where the British made camp during the 1775 occupation.

Along with public gardens, boutiques, and beautiful brick homes, visitors can also look forward to the likes of Boston Athenæum – one of the county’s oldest independent libraries, founded in 1807. Here you can look forward to seeing an incredible rare book collection (including the largest portion of George Washington’s library), art collection, sculptures, busts, drawings, photographs, exhibitions, and important primary materials on the American Civil War. And for those looking for a top place to dine while in Beacon Hill, The Paramount is a long-time favourite restaurant of the neighbourhood that truly encapsulates the history and character of the area. This comfortable bistro is a great spot to enjoy fresh meals with a terrific atmosphere.

For fans of the classic show ‘Cheers’, you’ll be sure to want to visit the restaurant that was the inspiration for the show’s most famous location. Once known as the Bull & Finch Pub, at Cheers restaurant on Beacon St. not only is there a shop with ‘Cheers’ memorabilia, but the restaurant itself is top-notch, delighting visitors with delicious food served daily. Owner of the restaurant, Mr Thomas A. Kershaw, told us: “Our menu features favourites that travellers enjoy. We feature seasonal specials from lighter fare like salads to our famous burgers.” If you’re a ‘Cheers’ fan and are in Beacon Hill, you’ve got to stop by. 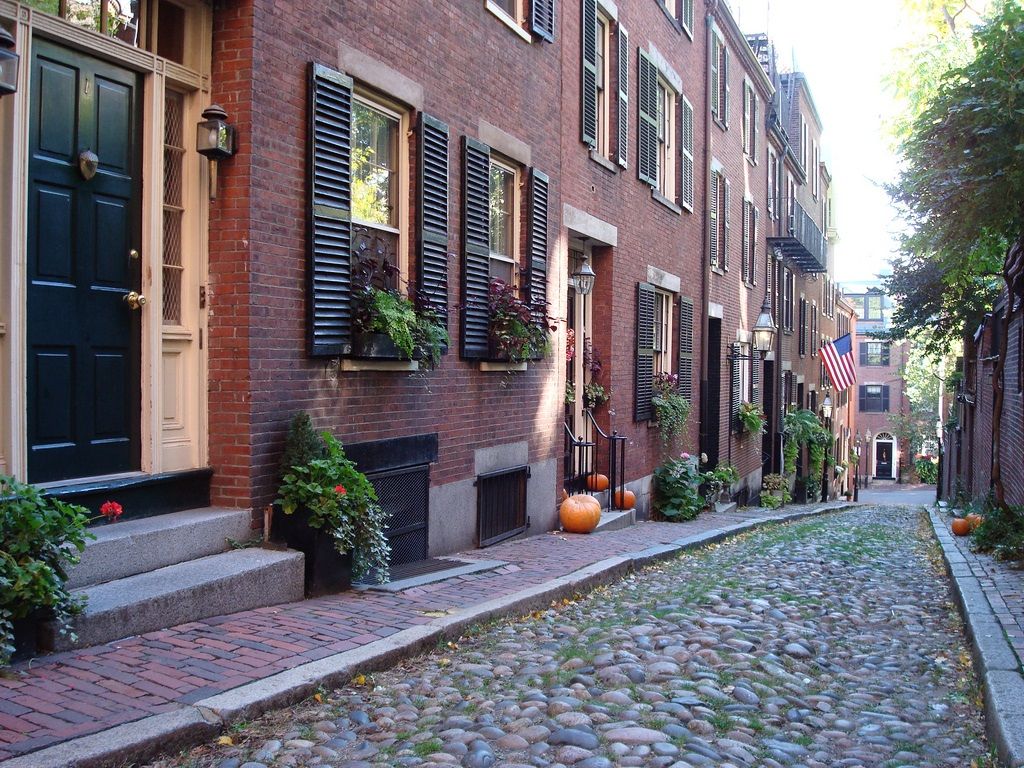 For those wanting to really uncover all that Beacon Hill has to offer, booking yourself a tour with experts like Boston By Foot is an excellent idea. Boston By Foot has a plethora of fascinating tours available but their Beacon Hill offering is a true standout. Telling us more, the team at Boston By Foot said: “Boston By Foot's Beacon Hill Walking Tour has been Boston’s classic tour since 1976. From the golden dome of the Massachusetts State House to the elegant homes of Louisburg Square, the Beacon Hill tour travels picturesque streets, highlighting examples of early American architecture with particular emphasis on the work of Charles Bulfinch.

“Experience Beacon Hill’s ornate past, from its rural beginnings to the vision of the Mount Vernon Proprietors, while walking among this historic collection of Federal and Greek revival row houses. You will also hear the stories of Boston's prominent citizens who have called Beacon Hill their home. Scheduled early in the evening during the week and weekend afternoons, a walk through the shaded streets of Beacon Hill offers a pleasant repose from a hot summer's day. Afterwards, you can enjoy dinner or lunch in one of the many restaurants along Charles Street.” 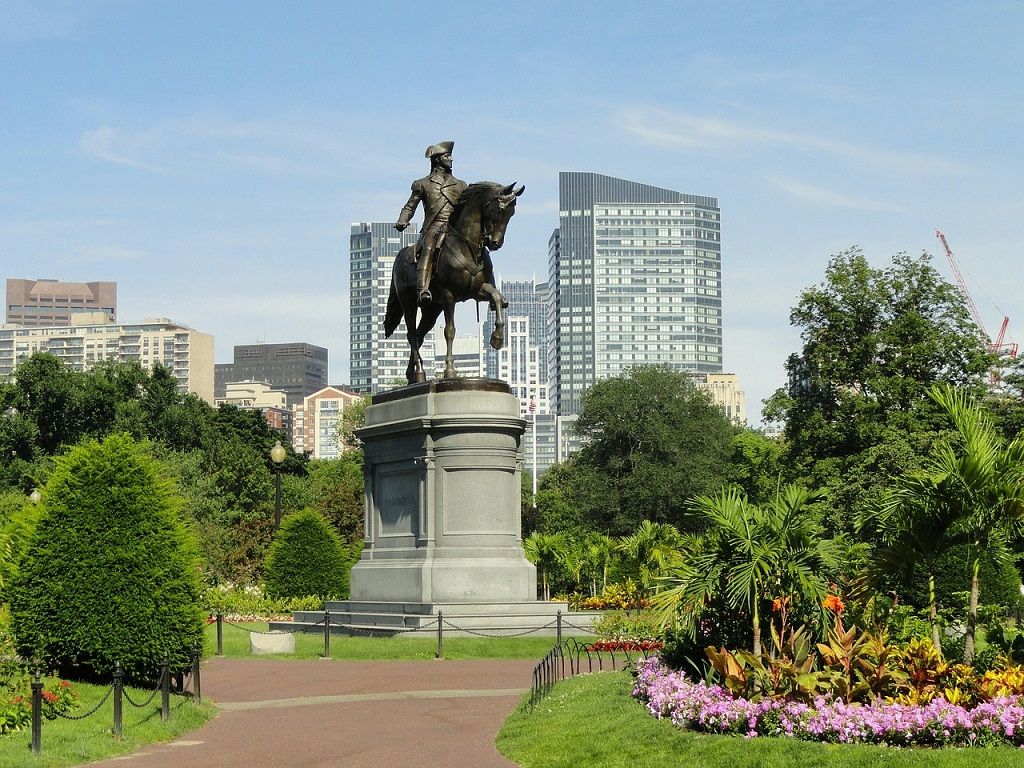 The oldest residential community in Boston, North End is a 234-acre neighbourhood that is home to a large Italian-American population and as a result a tremendous range of the very best Italian restaurants anywhere in the city. The incredible food is reason enough to pay the area a visit but North End has so much more to offer. ‘Little Italy’, as it is also known, boasts incredible charm and is surrounded on two sides by Boston Harbour. This 17th-century neighbourhood is also able to delight visitors with some fascinating historical sites from the Revolutionary War era.

The Paul Revere House is one such location and is well worth the visit. Revere was a silversmith, industrialist and patriot during the American Revolution and his house has been restored by a memorial association in his honour. Regarding what visitors can look forward to, the team at the Paul Revere House told us: “The Paul Revere House is the home that the patriot and silversmith owned from 1770 to 1800. Visitors can view four restored rooms in the home and then enter our visitor centre which has additional small displays and a gift shop. Visitors also can enjoy our courtyard which has a display of one of the bells that Revere made, small gardens with appropriate 18th-century plantings, and places to sit and rest a bit on a nice day.” 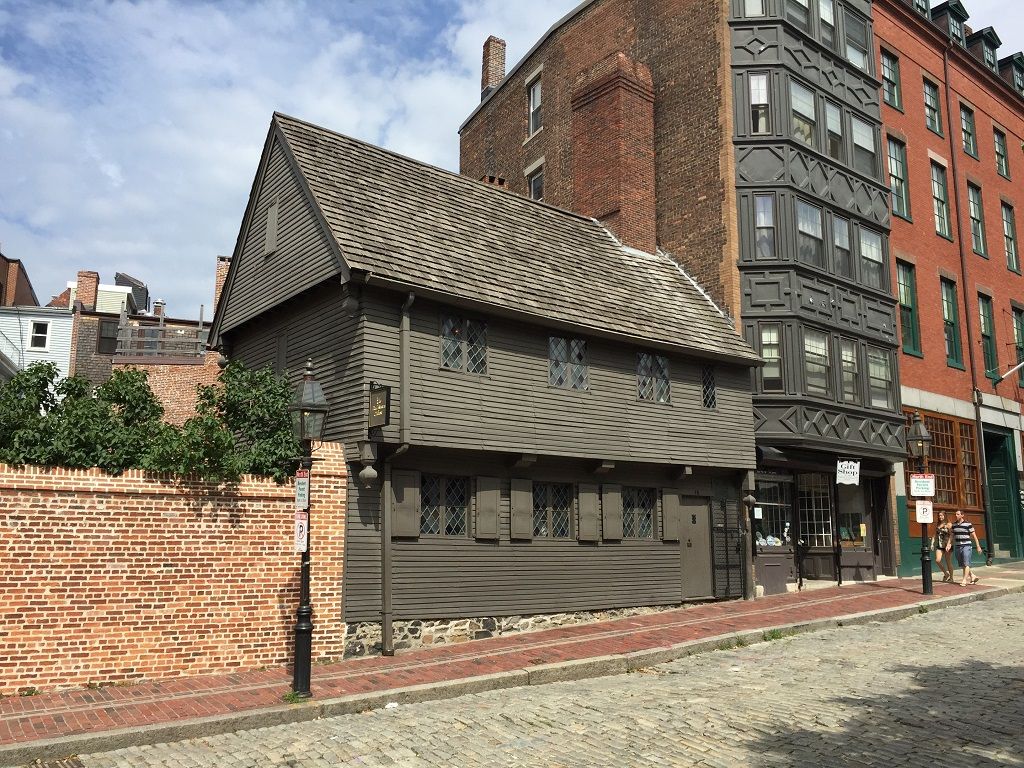 The Paul Revere House also told us why they believe North End is such a special area to visit: “The North End is a wonderful place where important sites in colonial history coexist with the community’s long Italian history. From the Paul Revere House to Old North Church and from St. Leonards Church to the bakeries and restaurants, there is plenty to see and do in the neighbourhood.”

Another must-visit historical location in North End is the Old North Church & Historic Site. Founded in 1723, the Old North Church is the oldest standing church in Boston and played an important role in the aforementioned Paul Revere’s duties during the events of the revolution. For those interested in Boston’s history, this site is a true delight and also includes a historic chocolate shop, gardens, tours, and creative activities. The team at Old North Church & Historic Site told us a little more about its history: 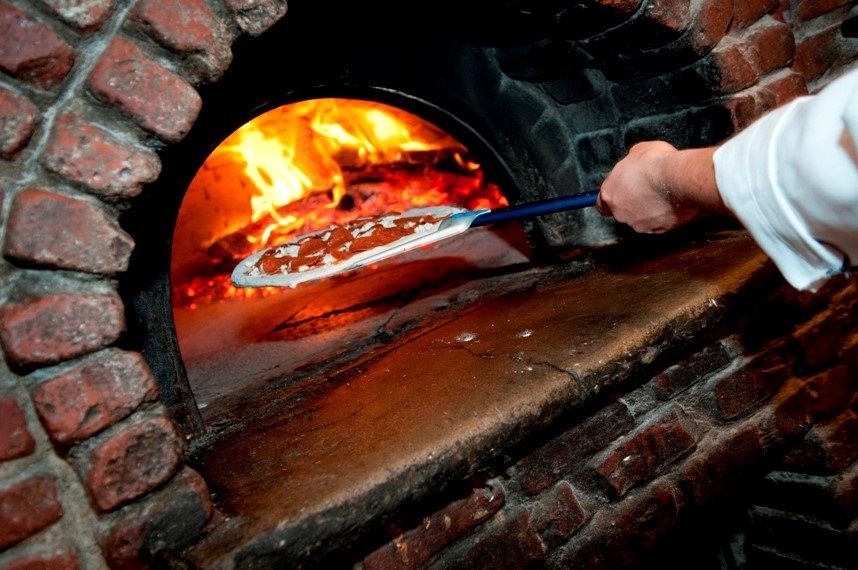 You, of course, can’t leave North End without enjoying the incredible food already mentioned. Antico Forno (pictured above) is a must-dine-at Italian restaurant and with their delicious menu and distinctive cooking methods, it should certainly be on your North End to-do list. Carla Gomes from Antico Forno told us: “Antico Forno is a very unique restaurant in the North End, although it’s very much Italian. It was the first wood-fired brick oven restaurant in the neighbourhood when we opened in 1996. The restaurant was named after the oven, which means ‘Old Oven’, built by craftsmen from Naples, and the floor of the oven is lined with volcanic ash from Pompeii which results in a hotter oven that reaches temperatures up to 900 to 1,000 degrees.

“Most dishes get topped off in the brick oven for a minute or two before they go to the table and that’s where I would say we are unique because no other restaurant does this or even has a volcanic ash floor oven. Also, the bricks on the outside of the oven come from an old building from the early 1900s in South Boston that were given to us back in 1996.

“The menu is Southern Italian comfort food or ‘Nonna’s Cooking’. When you are in Antico you feel very much at home, like you could be in your Nonna’s kitchen for Sunday afternoon lunch/dinner. We have many different Italian pizzas, appetizers, pasta, entrees and desserts! We also have a bar that seats 12-13 people.” 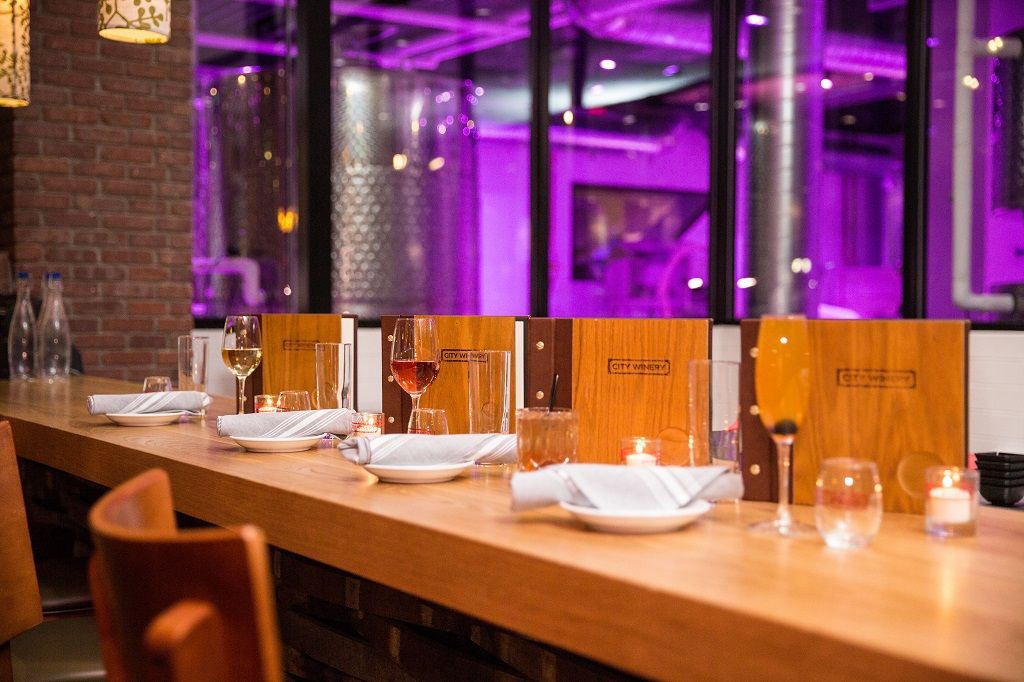 With all that North End has to offer, don’t be surprised if you want to enjoy another sublime restaurant in the neighbourhood. City Winery offers a high-end culinary experience and is certainly one of North End’s finest offerings. Telling us about what visitors can expect, City Winery said: “We’re extremely unique in that we are a fully functioning winery in the heart of Boston. We get grapes from all of over the world to make wine right here in the city, that we serve on tap directly to our customers. They can expect great service, great food, great wine and even check out a live band as we put on 400 concerts a year in our concert venue!” 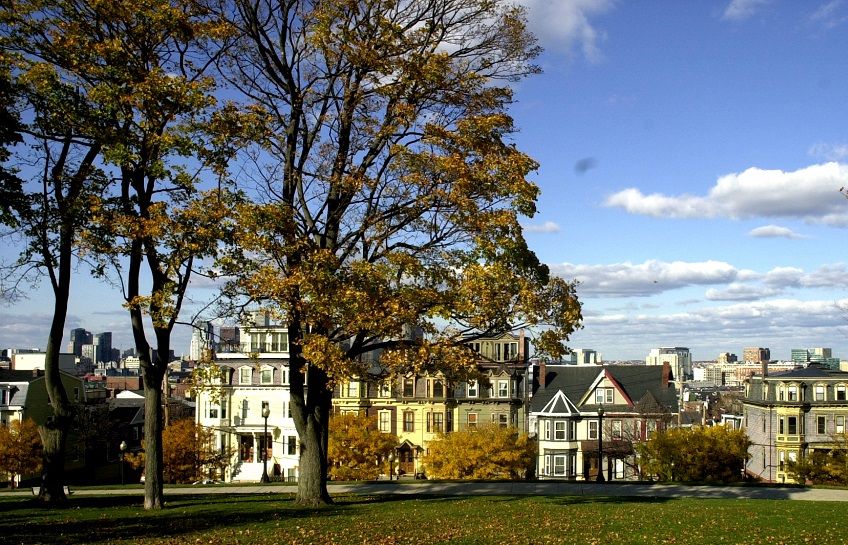 The fast-growing neighbourhood of South Boston is a very appealing location in the city and is known for its great bars, restaurants, and the many beaches along the water. There is a very strong community feel in ‘Southie’, thanks in large part to its Irish heritage. For those looking to grab a nice drink or two while enjoying the delights of Boston, you’ll be happy to know that there are more bars per square mile here than in any other location in New England. South Boston is also where you can find the national historical park of Dorchester Heights (yet another important location pertaining to the American Revolution) where George Washington and his troops forced the British out of Boston with cannon fire. 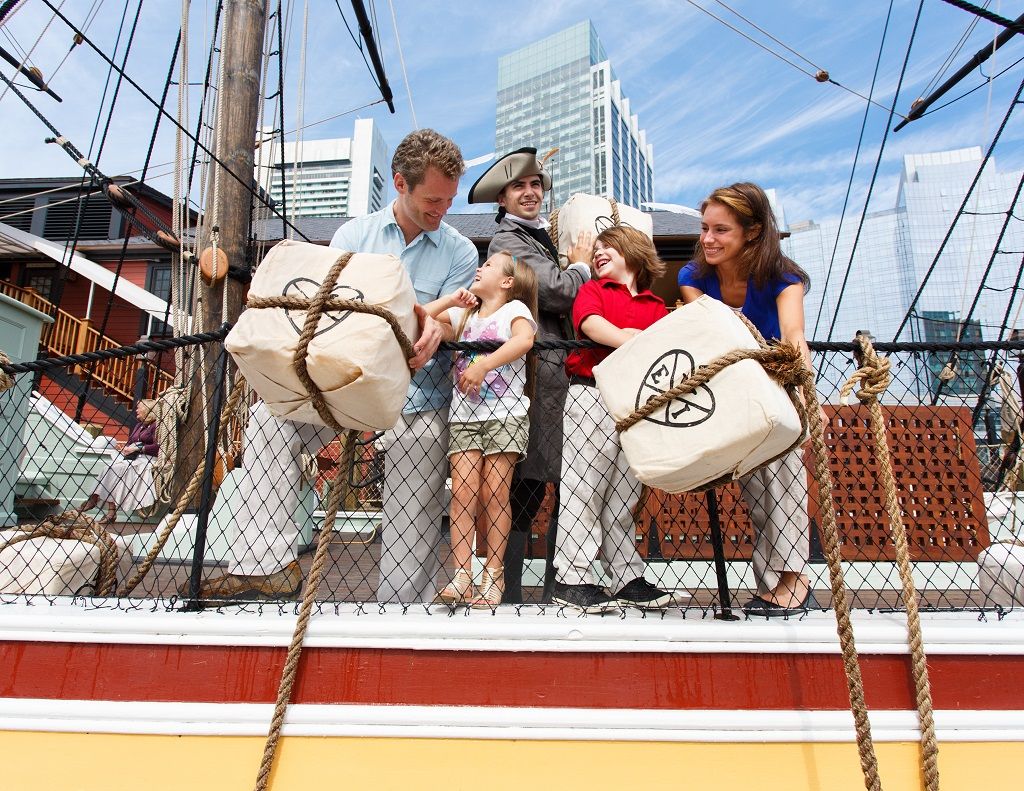 While exploring the delights of South Boston, you are bound to work up an appetite. Thankfully, Southie has plenty to offer. Loco Taqueria & Oyster Bar is a vibrant neighbourhood spot that specialises in tacos, oysters, and tequila, serving up a truly mouth-watering menu to its loyal patrons. Coppersmith Boston is another restaurant that is bound to delight during your time in South Boston. With a rooftop bar, vintage interiors, and dinner, brunch, and lunch all available, Coppersmith will serve you well with its classic menu offerings. 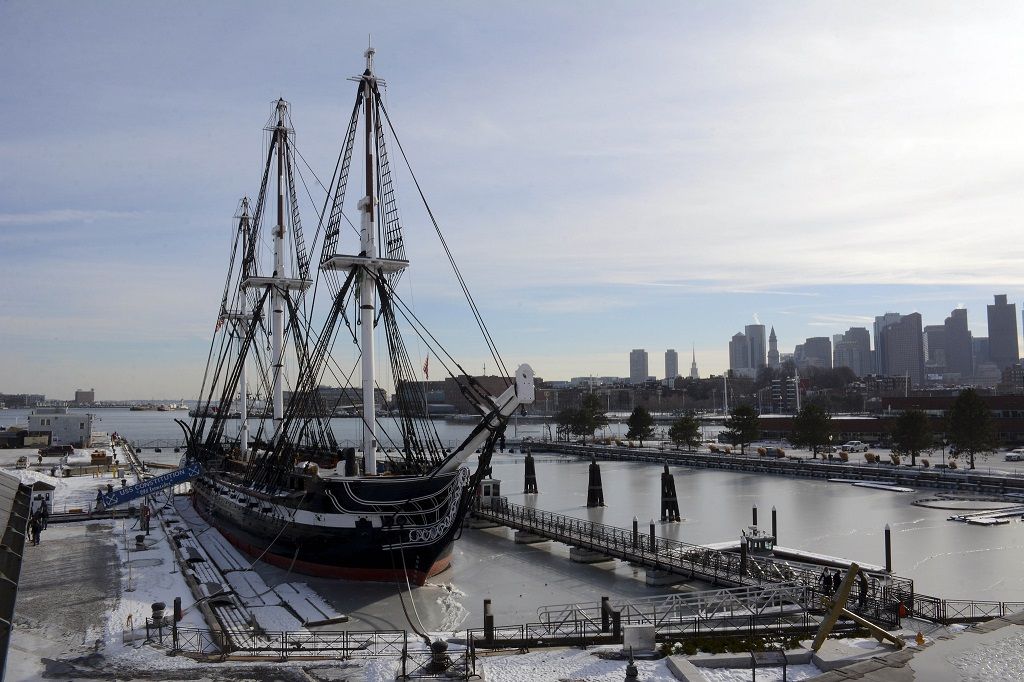 Another Boston neighbourhood that is replete with history and top landmarks is Charlestown and it should certainly be a featured stop of your Boston itinerary. Situated on the north side of Boston by the Mystic River and Boston Harbor, Charlestown is a popular location to visit thanks to sites like The Charlestown Navy Yard which is now a historic park and was once responsible for building many U.S. Navy vessels. Walking around the harbour is a delight, as is taking the time to see the famous warship known as the USS Constitution (also known as ‘Old Ironsides’). The vessel was named by George Washington after the United States Constitution, and there is today a wonderful museum in its honour just yards from the ship itself. At the USS Constitution Museum visitors can enjoy interactive galleries, exhibits, collections, and learn all about the amazing history of this great ship.

For a nice refreshment during your time in Charlestown, you’ll certainly be spoiled for choice. The Warren Tavern is the oldest tavern in Massachusetts, dating back to 1780, and has been visited by many notable individuals including the likes of George Washington and Paul Revere. Popular with locals and visitors alike, enjoying a drink or two here is an absolute must! Another excellent establishment to pay patronage to is the Monument Restaurant & Tavern with its gorgeous wood furnishings. Serving brunch, lunch, dinner, and offering a kids’ menu as well, Monument is able to boast delicious meals and snacks for all to enjoy.